In the world dominated by the need to have the latest technological gadgets, PlayStation is kicking it old school by releasing a smaller version of the iconic PlayStation One games console that will come with 20 retro games.

The company is taking a leaf out of Nintendo’s book, which released the NES Classic console, a revamp of its 1980s Nintendo Entertainment System, in 2016 and relaunched again in June 2018.

The NES Classic, which featured games including Mega Man 2, Donkey Kong and Castlevania, was so popular following its 2018 relaunch that it actually outsold all the other major games consoles in June including PlayStation 4, XBox One and Nintendo Switch.

Here is all you need to know about the new PlayStation Classic including what is it, when will it be released, how much will it cost and what games can you play on it.

When will PlayStation Classic be released?

The PlayStation Classic will be released worldwide on December 3, 2018. The release date is not without meaning.

The original PlayStation One was released on December 3, 1994 and so the Classic is released on its 24th anniversary.

How much will it cost?

You can pre-order the PlayStation Classic in Japan, Europe, the UK and the US. In the UK it can be pre-ordered from Game, Amazon, ShopTo and Smyths.

What games are pre-loaded on it?

PlayStation has now announced the full 20-strong list of games that will come preloaded on the console. These are:

How big is the PlayStation Classic console?

The retro console is 45 percent smaller than the original and can be easily carried in one hand. 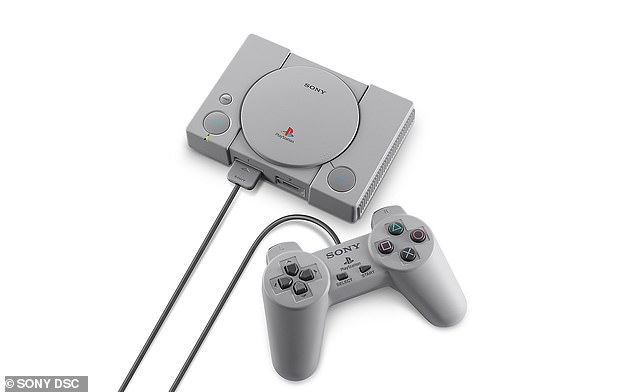 What’s in the box?

The PlayStation Classic comes with two normal-sized controllers, replicas of PS1, and has an HMDI slot, meaning the console can be connected to your TVs.

The console is smaller in part because it doesn’t require a CD drive, with all the games appearing on a software database inside it.

The open button on the console will flick between games and progress is saved on virtual memory cards.

No comments have so far been submitted. Why not be the first to send us your thoughts, or debate this issue live on our message boards.