Microsoft is testing a new game streaming service called Project xCloud that is designed to work across PCs, consoles and mobile devices, the company has revealed.

Instead of requiring users to buy a console, it will run games on Microsoft's servers, streaming them to devices.

Public trials for Project xCloud would begin in 2019, Microsoft said. 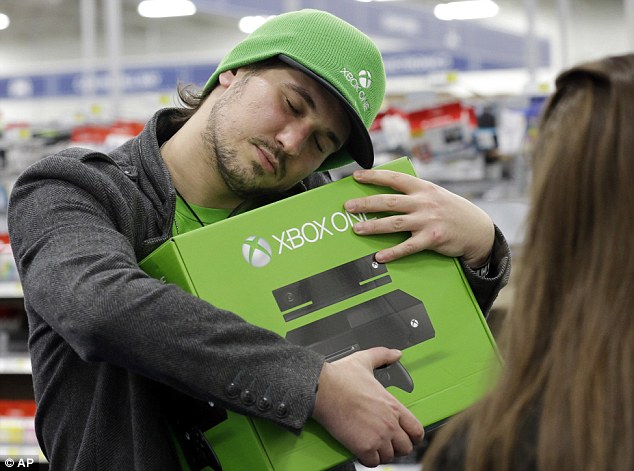 Instead of requiring a console, the new service will run games on Microsoft's servers, allowing users to play on everything from a phone to a desktop PC

'Ultimately, Project xCloud is about providing gamers — whether they prefer console or PC — new choices in when and where they play, while giving mobile-only players access to worlds, characters and immersive stories they haven't been able to experience before,' Microsoft said.

The service will compete with Google's 'Project Stream', a game streaming service that is being tested by the Alphabet Inc unit in partnership with game publisher Ubisoft .

Microsoft's xCloud will also face competition from other popular streaming services including Nvidia's GeForce Now and Sony's PlayStation Now among others.

'Today, the games you play are very much dictated by the device you are using,' said Microsoft.

'Project xCloud’s state-of-the-art global game-streaming technology will offer you the freedom to play on the device you want without being locked to a particular device, empowering YOU, the gamers, to be at the center of your gaming experience.'

The firm plans to begin public tests next year, and is already testing the system internally.

Project xCloud will have the capability to make game streaming possible on 4G networks, Microsoft says.

'Currently, the test experience is running at 10 megabits per second.

'Our goal is to deliver high-quality experiences at the lowest possible bitrate that work across the widest possible networks, taking into consideration the uniqueness of every device and network.'