The best all in one wireless speaker money can buy: Naim Mu-so review

By Mark Prigg For Dailymail.com

It might not be a name familiar to the US market, but Naim is a legendary British brand hoping to make a splash with the American launch of its $1499 (£895) Mu:So speaker.

At first glance, it looks pretty much like any other speaker - clean lines, a bit of mood lighting while you listen, and the ability to wirelessly play music from your phone, and even Spotify.

However, switch it on, and the difference between this and pretty much every comparable speaker becomes obvious - as does the terrifying price tag. 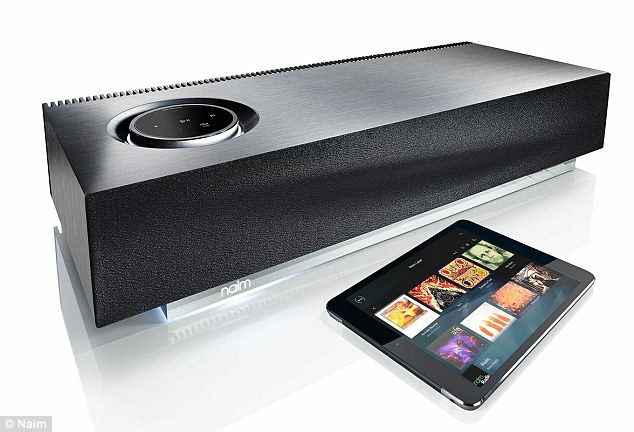 The Mu:so boasts 450 watts of power from six 75 watt digital amplifiers to power the built-in speaker - and sounds stunning

Put simply, the sound is stunning.

Technically, it boasts 450 watts of power from six 75 watt digital amplifiers to power the built-in speaker.

What this equates to is jaw droppping good sound.

It's clear, with amazing stereo separation for a single speaker, while bass is also excellent in all but the biggest of rooms.

Design wise, it's extremely simple, with one large dial to control the volume (and its no ordinary dial, weighted to feel great).

There are also a couple of touchscreen buttons on the dial to switch sources, and a USB port to plug in a devices.

Underneath there's an ethernet port - and if you can, its well worth using this to squeeze every bit of quality out of music.

It'll also play pretty much any file you throw at it, can stream 24bit/192kHz high resolution ‘better than CD’ quality music, as well all audio formats from Apple Lossless CD imports from iTunes to HD formats such as WAV, FLAC and AIFF, all from Apple and Android smartphones and tablets, laptops and other storage devices.

Under the covers: The Mu-so boasts 450 watts of power from six 75 watt digital amplifiers to power the built-in speakers 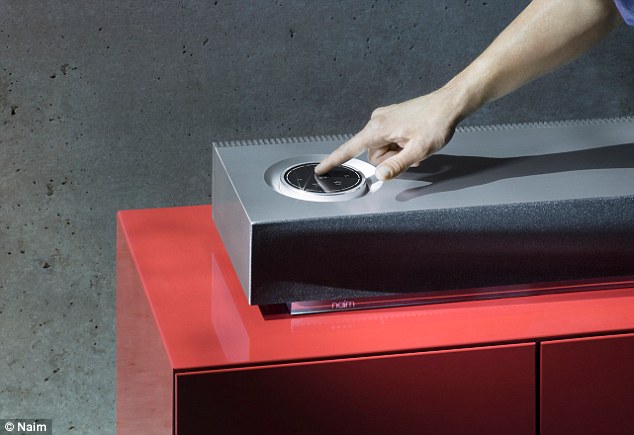 Design wise, it's extremely simple, with one large dial to control the volume (and its no ordinary dial, weighted to feel great).

The only thing that really lets the system down is a rather ugly app - however, it reality you'll rarely need to use it.

It also took a few attempts to set the unit up initially, but it got there in the end.

There's also a basic remote control, which means you really do rarely need the app.

One problem you will encounter is actually a rather unusual one - the Naim is actually too good at times, making all but the best quality files sound a little lacking.

However, streaming services such as Spotify, and the latest downloads do sound great - while the higher quality lossless files sound absolutely stunning.

Overall, the price tag is a little intimidating, but after spending a bit of time you'll see that you really do get what you pay for - and the Naim mu:so is the best all in one speaker I've ever heard.

Additionally, it'll also give all but the very best separates systems a run for their money - and bodes well for the British firm's chances in the US.

The Mu:so is available from the Apple Store

The best all in one speaker you'll ever hear: Naim Mu-so wireless speaker review