#1 New York Times bestselling author Colleen Hoover’s romantic, emotion-packed debut novel unforgettably captures all the magic and confusion of first love, as two young people forge an unlikely bond before discovering that fate has other plans for them.

Following the unexpected death of her father, eighteen-year-old Layken becomes the rock for both her mother and younger brother. She appears resilient and tenacious, but inside, she's losing hope. Then she meets her new neighbor Will, a handsome twenty-one-year-old whose mere presence leaves her flustered and whose passion for poetry slams thrills her.

Not long after a heart-stopping first date during which each recognizes something profound and familiar in the other, they are slammed to the core when a shocking discovery brings their new relationship to a sudden halt. Daily interactions become impossibly painful as they struggle to find a balance between the feelings that pull them together and the forces that tear them apart. Only through the poetry they share are they able to speak the truth that is in their hearts and imagine a future where love is cause for celebration, not regret. 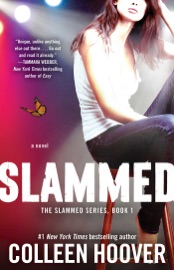